Vertigo is a type of dizziness. If you have vertigo, you may feel like you are moving or spinning. It is not the same as feeling like you are off balance or about to faint. 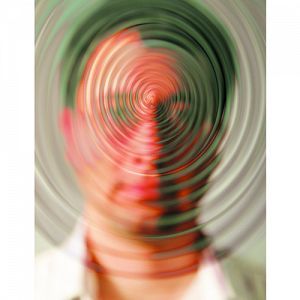 How do we treat vertigo?

At the California Cranial Institute we see difficult cases. Patients come to us when other doctors have not been able to identify the cause for their vertigo.

In our practice we have found that in 90% of the cases there is an emotional trigger. In addition, there are three main factors that contribute to vertigo:

Vertigo, also called dizziness, accounts for about 6 million clinic visits in the U.S. every year, and 17–42% of these patients eventually are diagnosed with benign paroxysmal positional vertigo (BPPV). Within the labyrinth of the inner ear lie collections of calcium crystals known as otoconia. In patients with BPPV, the otoconia are dislodged from their usual position within the utricle and they migrate over time into one of the semicircular canals causing abnormal fluid endolymph displacement with head motions and a resultant sensation of vertigo.

A 37-year-old female was seen for acute benign vertigo that was referred by her allopathic physician for an evaluation and determination of the need for chiropractic care. The patient had 2-3 months of constant vertigo which was diagnosed as BPPV. She had been treated with the Epley Maneuver and various medications, however they did not resolve her symptoms. Her vertigo would last the whole day with peaks and valleys related to intensity. This affected her ability to function at home, drive her car and even walk “out of the door” of her home.

Category two protocols for the pelvis were applied and an intraoral cranial adjustment to the temporal bone, maxilla, sphenoid, and zygoma were performed directed by palpatory pain indicators. Palpatory pain in and around the TM joint (TMJ) was used to help guide treatment as well as ability of patient to achieve sufficient vertical opening. Cotreatment with a dentist was used to help stabilize and maintain the chiropractic cranial and TMJ corrections.

By the 7th office visit (3-4 weeks of care) the patient’s vertigo had resolved. In addition her TM joint translation and opening had improved significantly and pain around the right TM joint and related tissues had been eliminated. The anterior interferences were treated with a nighttime dental appliance that allowed the patient to have bilateral posterior teeth contact and reduced contact to the front teeth.

Occlusion and condylar position is purported to be affected by or affects cranial bone distortion patterns. When there is malocclusion affecting the cranial suture and local periosteal tissue, it is theorized that with some patients possibly the internal periosteal dura, CSF circulation, and related cortical region might be affected. On the other hand reliving the stressors of restricted cranial motion and malocclusion could lead to improved cortical function just by reducing global stress to the CNS due to reduce pain and related myofascial tension.

In this case report the patient’s response to care was quite dramatic. She was unresponsive to prior care and her quality of life was profoundly affected. It is difficult to extrapolate from this one case and apply this to the general population however the patient’s rapid response to care suggests that further investigation into this method of care for patients presenting with vertigo be considered.

At California Cranial Institute, we provide the highest quality chiropractic care to all our patients. Schedule your appointment today.

We've copied your review, after you click 'Publish' please paste your review by selecting 'ctrl' + 'v' into the review comments section.